« Nice, the invention of tourism » 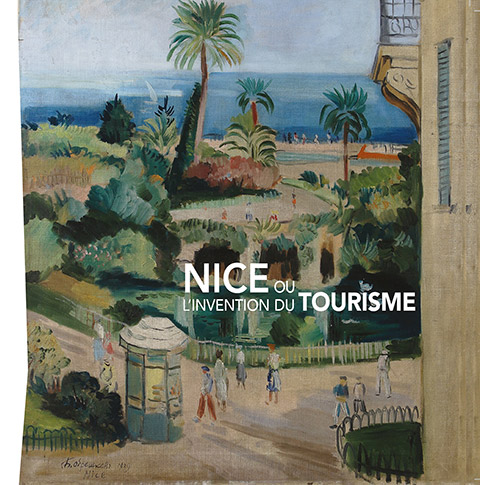 The growth of a new city thanks to the development of tourism, its unique urban planning and its special architectural heritage are the object of Nice’s application for the inscription on the UNESCO World Heritage List.

This exhibition presents the different steps that made Nice the capital of the riviera tourism and, a source of inspiration for many artists, writers, musicians and film-makers, starting from 18th century until today. The visitors can also discover the reasons and the procedure of the application.

Through a richly documented historical fresco, the exhibition proposed to evoke the intimate relationship that links Nice to the cinema, from its invention by the Lumière brothers until today. This chronology from 1896 to 2019, illustrated from numerous collections and more particularly that of the Cinémathèque française, showed the intense cinematographic activity of Nice and the fundamental role that the city played in the development of the 7th art, throughout the 20th century. 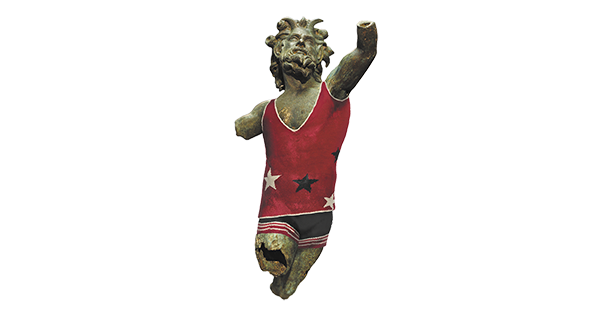 This exhibition proposed to explore the moments when the local history of Nice was deeply connected with the world history. Thanks to a vast chronology going from the "invention of fire" on the site of Terra Amata 400,000 years ago to the "invention of tourism" in the mid-eighteenth century, passing through the Roman conquest, the "barbarian invasions" and the "Truce of Nice" in 1538, a time gallery offered visitors a surprising journey through the history of Nice and its territory.

The people of Nice and visitors have opened their family albums, offering several hundred unpublished photographs.
More information about the exhibition
Download the brochure

In spring 2015, in the context of the application of « Nice, capital of the riviera tourism» for inscription on the UNESCO World Heritage List, the Mission Nice Patrimoine Mondial team invited Nice's inhabitants and visitors to share their personal and family photographs to explain the special link they have with their city and in particular its symbol, the Promenade des Anglais.

At the beginning, the photography was reserved to elite only, but starting from the end of 19th century it began to be within everyone's reach and led, over the decades, to the constitution of family, personal, exceptional and copious archives. With the memories they evoke, they constitute a unique testimony, a resource that should be collected, studied and highlighted.
These numerous photos underline how the Promenade des Anglais, this iconic part of the city, belongs to the people of Nice, becoming their Promenade.
These photographs contribute to the memory of this place, whether they represent children on bike, or memories of friends water skiing together.
By showing the evolution of social practices, fashion styles, the changes in urban furniture, in leisure facilities, in the urban vegetation, the different details of this collection help us understand the transformation of an area which adapted its development to the new fashions and successive expressions of tourism.
These memories-photos, instantaneous images of a special moment, relics of a life, are today posted on social networks and are a key element of social communication. For Nice's inhabitants, especially, these photographs conserve a collective memory which contributes in the creation, for their city, of the identity of the « winter capital ».
These photographs fill in the gaps, telling personal and interesting stories. Workers unloading chairs on the Promenade, air hostesses on the airport tarmac or young men working on the beach, the selected photos invite those who have not yet shared their treasures to do so because they, too, are part of the history!

In summer 2015, under curatorship of Jean-Jacques Aillagon, 10 municipal museums and 3 national museums of the City of Nice joined together to present a program with the common theme « The promenade(s) of Nice ». The exhibitions proposed a rich journey through the history of the Promenade itself, from the point of view of natural history, of artists like Chagall, Matisse and Dufy, or of the history of sport, music, cinema and archeology.

The exhibition "The Promenade, inventing a new city » presented at the Masséna museum focused on the urban history of the Promenade, symbol of the birth of a resort city. Thanks to different documents collected, the exhibition retraced its urban development, but also the social and artistic life of this mythical avenue, to make the visitors appreciate the outstanding universal value of the urban architectural heritage, the central theme of Nice’s application for the inscription on the World Heritage List.

Watch the video of the inauguration 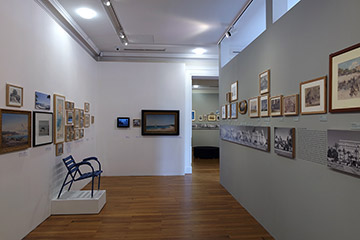 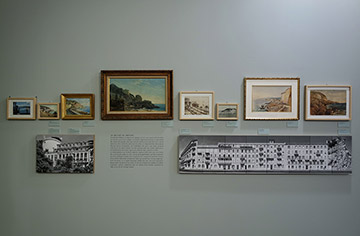 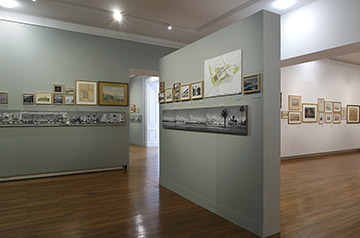